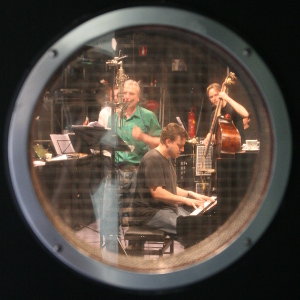 The Electrophonics will do live recordings on April 28th as a preparation for a new live album. Rob Driessen from 3sunrecordings studio - responsible for a.o. the latest live record of The Paladins - will do the production, recordings, mix & mastering.

"Back And Forward", the working title of the new album of The Electrophonics, shall consist of new material. The Electrophonics go forward, their old love 50's swing is the base for that, however time gave new inspiration. So be prepared for a new sound, music full of passion with an open mindset to all that can be described as "Roots"